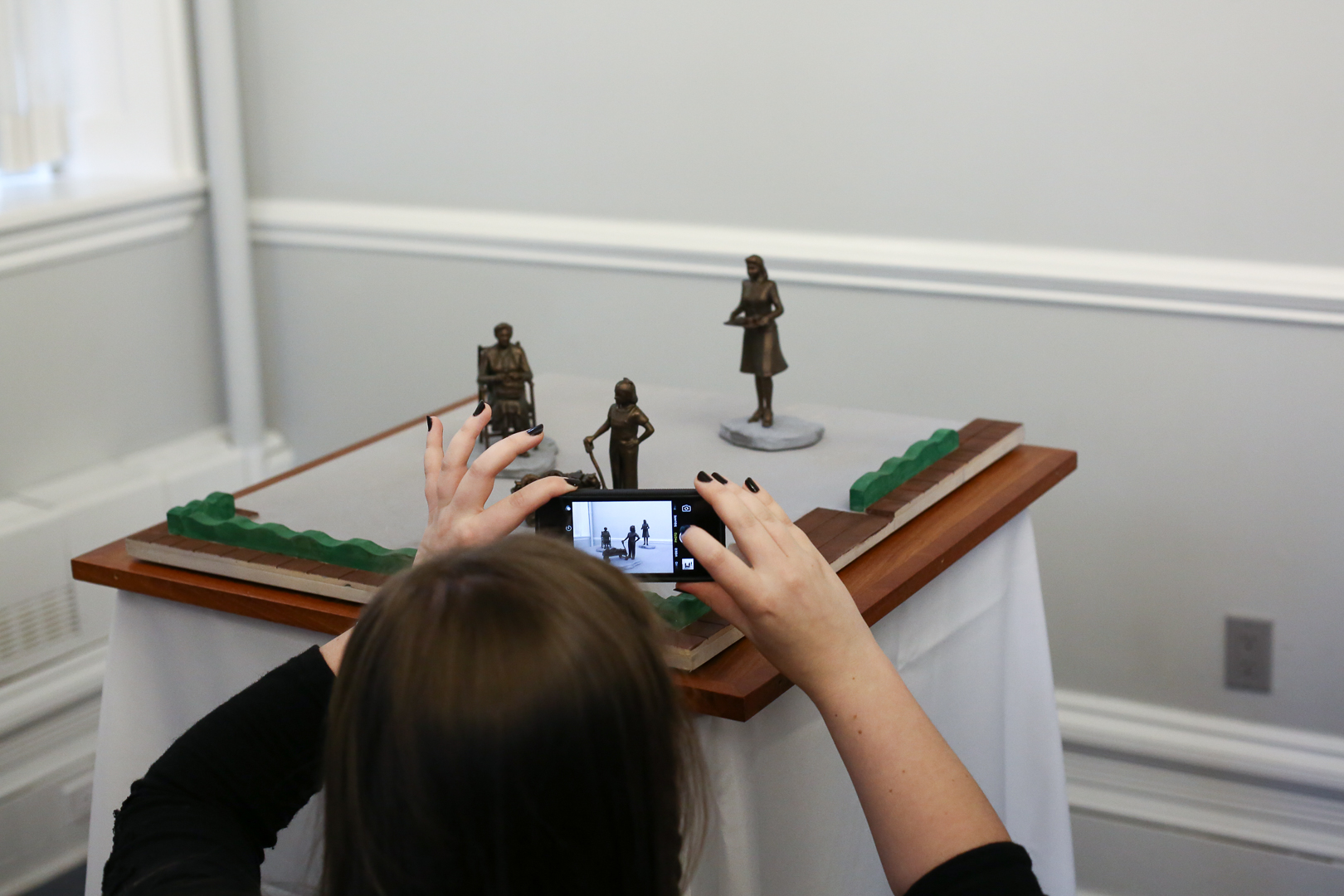 Getting Ready. Putting the Plexiglas cover on the maquettes or small replicas. Mayor Mike Savage greets the volunteers and shakes the hand of Margaret Gordon.

Second World War volunteer Charlotte Guy Jefferies plays war songs for the crowd. She was a star member of the Halifax Concert Party Guild during the war. Poster boards of the three figures for the monument: girl with wagon of salvage, Nova Scotia African volunteer serving a meal at a service canteen and woman with knitting. Taking a photo of the three maquettes or small replicas of the figures that will be the monument.

Peggy MacAlpine with the design for the girl with the wagon full of pots, pans and toys for salvage.